Gaza Ministry of Justice: the Right of Return is Inalienable.

The Palestinian Ministry of Justice today stressed the sacredness of Palestinians’ Right of Return to their stolen territories, saying that no-one has the ability to waive it, regardless of who they are. 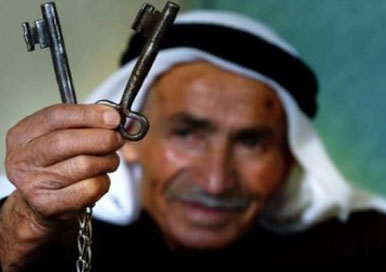 The Ministry indicated during a press conference held at the Government Media Office on Sunday 04 November that the Right of Return is an individual and collective right held by more than six million Palestinian refugees displaced by the Israeli Occupation.

The Ministry spokesperson said, “On the 95th anniversary of the Belfour Declaration, the Palestinian people were shocked by the statements of Mahmoud Abbas, President of the Palestinian Authority, when he gave up his Right of Return.”

They added, “The Right of Return is a national, sacred, inalienable right guaranteed by International Law and the Universal Declaration of Human Rights of 10 December 1948. However long they have been deprived of their land, Palestinian refugees still have the right to return, and that right is non-negotiable, unchangeable, and has not been abdicated.”

The Ministry also highlighted that the Palestinian people have withstood the pain of the Nakbah, the ravages of Israeli aggression, and the bitterness of displacement in order to realise their rights in general, and the right to return in particular.

They said anyone who gives up the Right of Return is out of touch with reality, denying fundamental national principles, and violating the Palestinian National Accord.

The Ministry called upon the Palestinian people to continue their struggle for their legitimate rights, and called upon international, Arab, and local media and human rights organizations to expose the obnoxious racist Israeli occupation and its denial of Palestinians’ rights.

This entry was posted on November 4, 2012 by Julie Webb-Pullman. It was filed under Right of Return and was tagged with Balfour Declaration, Gaza, International Law, Israeli Occupation, Mahmoud Abbas, Ministry of Justice, Palestinian National Accord, President of the Palestinian Authority, Right of Return, Universal Declaration of Human Rights.