This morning I accompanied an international delegation on a tour of some of the scenes of destruction in Gaza City. Here is a little of what we saw…… 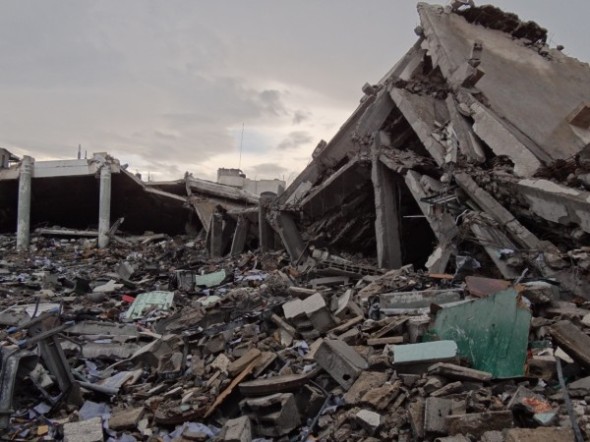 Interior Ministry – or what remains of it 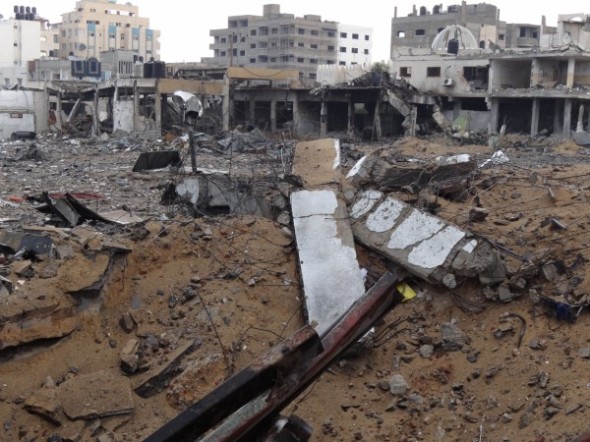 Next stop – Soraya, another crater, another scene of destruction 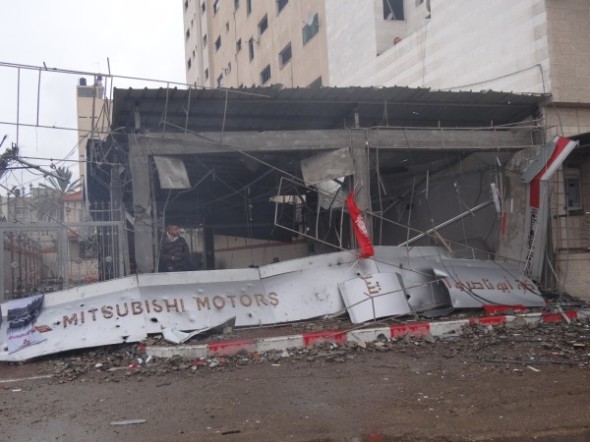 then on to what was Mitsubishi Motors….

and across the road to Abu Khadra, still smoking days after it was struck.

These are but a small taste of the bitter pill of Israeli criminality.

This entry was posted on November 23, 2012 by Julie Webb-Pullman. It was filed under Operation Pillar of Cloud and was tagged with Abu Khadra, Destruction, Gaza, Ministry of the Interior, Soraya.