The Israeli massacre on board the Mavi Marmara on 31 May 2010 in which nine Turkish men lost their lives was commemorated for the third year beneath the memorial statue at the Gaza fishing port last Friday.

Turkish and Palestinian officials, and a large contingent of locals, foreign activists, and international visitors braved the blazing sun to pay tribute to the fallen men, and to convey a strong message that their message did not die with them. 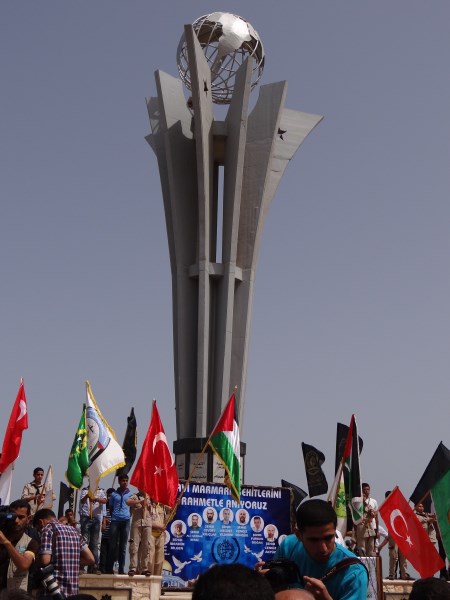 Ghazi Hamad, Palestinian Minister of Foreign Affairs in Gaza, pointed out that both the Mavi Marmara incident and the siege of Gaza are not just Turkish and Palestinian concerns, but should be the concerns of all Muslims everywhere.

Gaza representative of the Turkish Foundation for Human Rights and Freedoms and Humanitarian Relief (IHH) Mehmet Kaya, owner of the Mavi Marmara, was emphatic that Israel’s apology was not an adequate response, and that nothing short of lifting the Israeli siege of Gaza would suffice.

“The families do not want money, they want to continue the struggle for what the nine murdered men were trying to do, and that is to end the siege,” he told the hundreds gathered at the port.

Mohammad Hindi spoke on behalf of Palestinian resistance groups, saying that the deaths of the nine men in their attempt to break the Israeli siege have already gone down in history. 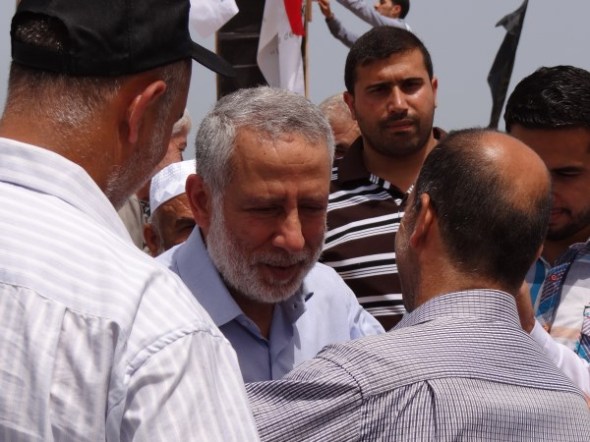 After the speeches the crowd moved down onto a dock, where many threw roses into the water.

This entry was posted on June 2, 2013 by Julie Webb-Pullman. It was filed under Deaths, Israeli Attacks and was tagged with Commemorative Event, Gaza, Ghazi Hamad, Mavi Marmara, Mehmet Kaya, Mohammad Hindi.