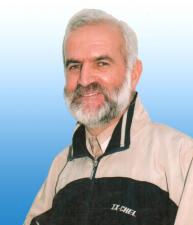 El Natsha, a 55 year old from Hebron city, had already spent over 17 years in Israeli prisons before his re-abduction on 27 March 2013, and suffers from ill-health, including chronic chest and kidney problems.

The Campaign considers that the policy of renewing administrative detention against MPs breaches both humanitarian and legal norms.

The Campaign points out that nine MPs belonging to the Change and Reform parliamentary bloc are currently subjected to this policy. Three of them, Jaber El Foqahaa, Muhammad El Ramahi, and Yaser Mansour have also had their administrative detention renewed.

Renewal of the administrative detention of MPs is a flagrant violation of the basic rules of democracy and international law.

The International Campaign holds the Israeli authorities accountable for the life of El Natsha, given his deteriorating health, and calls for urgent steps to be taken by all international legal, parliamentary and political institutions to immediately end this policy, and ensure his immediate release.