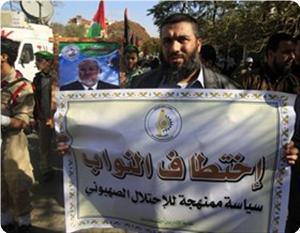 The International Campaign for Releasing Abducted MPs strongly denounces the Israeli authorities for preventing a fact-finding committee comprised of members of the European Parliament from visiting Israeli prisons to investiagte the situation of abducted members of the Palestinian Legislative Council (PLC) and other Palestinian prisoners.

The visit followed a request from the International Campaign to the European Parliament to investigate and report on the conditions faced by MPs inside Israeli jails.

The European Parliament decided to send a fact-finding committee, which arrived in Israel on 19 March 2014. However they received no co-operation whatsoever from the Israeli occupation authorities.

The Campaign considers this to be unethical behavior towards parliamentarians protected by parliamentary immunity, and points out that it is yet another example of the ongoing violations suffered by the Palestinian lawmakers, from persecution to abduction and deportation.

11 Palestinians MPs are still behind Israeli bars, being subjected to oppressive and illegal practices.

The Campaign calls for parliamentary and human rights organizations internationally to break the silence on the abduction and detention of Palestinian MPs, and to hold Israel accountable for the crimes it is committing against them, and other Palestinian prisoners.

IHH to send Mavi Marmara 2 to the Gaza Strip

Gaza, ALRAY – Mohammed Hasna, the representative of the Organization of the Islamic Conference said that the Turkish Humanitarian Relief Foundation, IHH, intends to send Mavi Marmara 2 to the Gaza Strip in a new attempt to break Gaza blockade.

Hasna said that the foundations’ decision came in a special session on Gaza during a conference held by the Organization of the Islamic Conference in Istanbul.

Several Islamic organizations provided donations to help the affected Palestinians in the Gaza Strip due to the recent winter storm.

Hasna mentioned on his facebook that many countries and organizations have donated with different sum of money to the Gaza Strip.

In a reception at his home today, Palestinian Prime Minister ismail Haniyeh welcomed to Gaza an Indonesian delegation headed by Member of Parliament Mafudz Shedeq. The delegation included members of the Indonesian parliament, NGO’s, and the media.

Ismail Haniyeh greeting a member of the delegation

Mr Shedeq told the Prime Minister that Indonesians will always stand with Palestine in its struggle against the Zionists.

Mr Shedeq announced that his delegation had brought more than one million dollars to assist with alleviating the humanitarian needs created by the recent Israeli aggression against Gaza.

Palestinian Prime Minister Ismail Haniyeh stressed that the recent victory against Zionist aggression was not only a victory for Palestine, but also for every Muslim in the world. 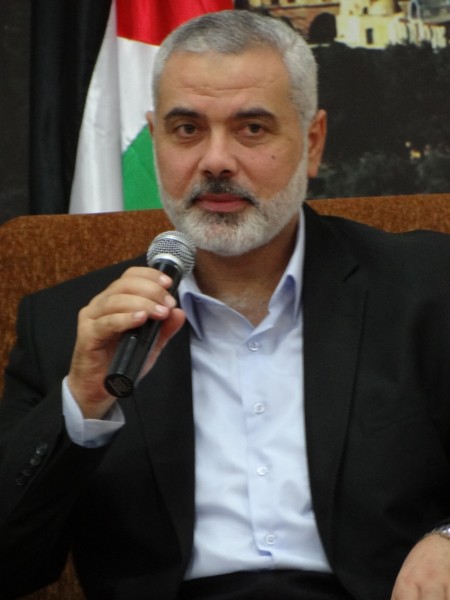 Ismail Haniyeh: We are not alone

Haniyeh then presented Mr Shedeq with a commemorative certificate. 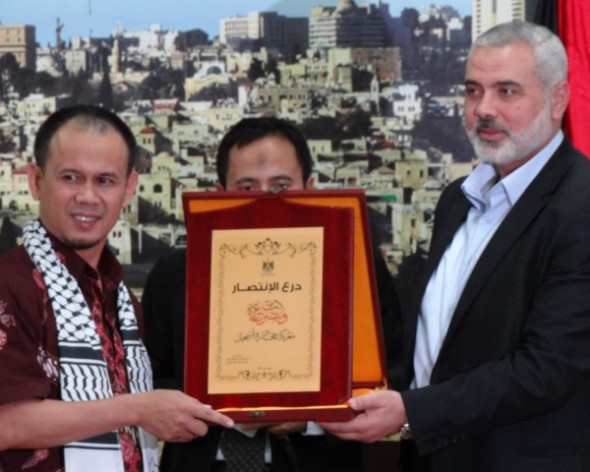 As the delegation began to leave, one of the members of the media contingent told me that they were all very disturbed by the Israeli attacks on journalists and media offices during the recent Israeli military offensive against Gaza.

“They are not appropriate, and we were very sorry to hear about them,” they said, adding that they hope the Palestinian bid for United Nations observer status is successful. 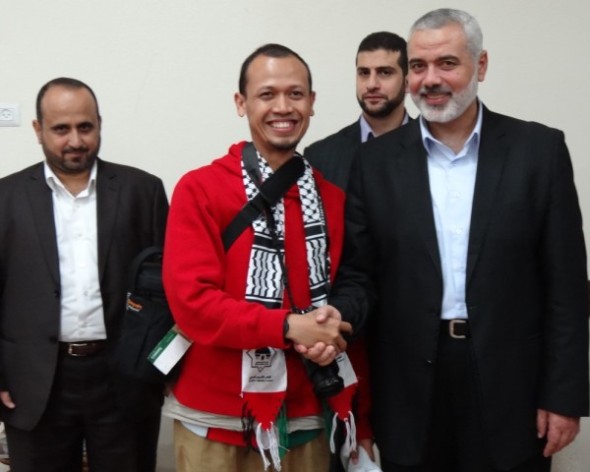 One of the media contingent farewelling Ismail Haniyeh.