The Gazan children behind the statistics 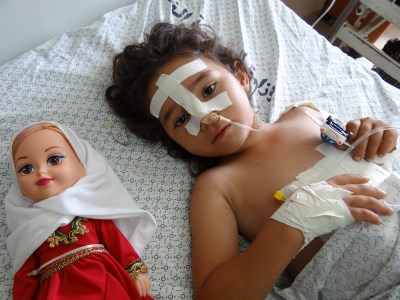 Four year-old Shaimah was returning home from her aunt’s house with her mother, 17 year-old sister and 14 year-old brother Mohammed at midday. Suddenly a rocket from a drone directly targeted Mohammed, killing him instantly. As her mother ran to her son, another rocket slammed into her and Shaimah’s sister, killing them both.

Shaimah told her father, “A rocket killed my brother, then another one killed my mother and my sister, and I fell down on the ground.”

Shaimah suffered abdominal trauma, and has had major surgery to her spleen and liver. It is hoped she will make a full recovery.

Despite knowing what happened to her mother, she still calls for her, her aunt told me.