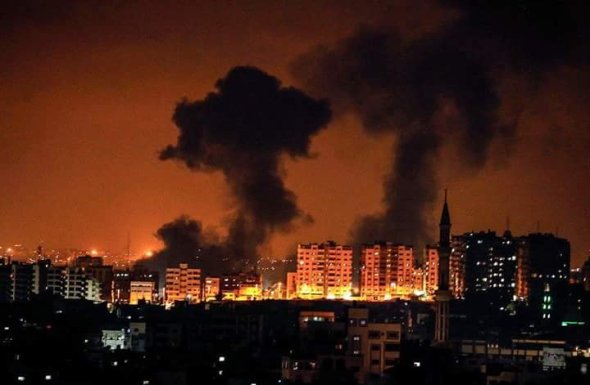 It may seem such a basic tenet of international law that it does not need repeating, but clearly the Israelis are slow learners.

So here we go again with yet another lesson in fundamental international law:

First, Gaza is OCCUPIED. The very fact that the Israeli occupation authorities control the land and sea borders and the airspace, and are in a position to determine who can enter the occupied territory, fatally undermines their position that there is no occupation.

Second, a state cannot simultaneously exercise control over territory it occupies, and militarily attack that territory on the claim that it is ‘foreign’ and poses a national security threat. To do so, the Israeli occupation authorities are effectively asserting rights of colonial domination that simply do not exist under international law.

However, military or belligerent occupation IS a status recognised by international law – and has accompanying obligations.

An occupying power is responsible for the welfare of the population under its control. The Fourth Geneva Convention imposes obligations on an occupying power in relation to the inhabitants of the occupied territory, who are entitled to special protection and humane treatment. Among other things, the rules prohibit the occupying power from “wilfully killing” or “ill-treating” protected persons.

War Crimes are defined as:

a) Grave breaches of the Geneva Conventions of 12 August 1949…
b) Other serious violations of the laws and customs applicable in international armed conflict, within the established framework of international law….

The actions of the Israeli occupation authorities in conducting military offensive actions against the protected persons of the occupied territory of Gaza therefore are not, and cannot possibly be construed as, self-defence.

But they certainly meet the criteria for grave breaches of the Geneva Conventions, thus constitute WAR CRIMES.

So please, Israeli apologists – enough of the ‘self-defence’ excuses – they just do not hold any legal water.