Euro-Mid Documents Israel’s Use of Human Shields in Gaza 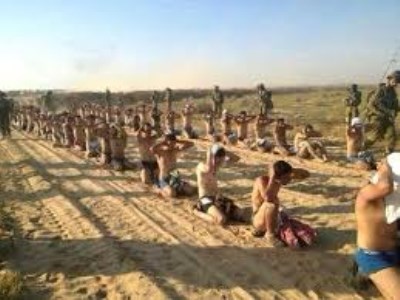 The Israeli military uses Palestinian civilians as human shields, a new report from the Euro-Mid Observer for Human Rights soon will reveal. An investigative team from the non-governmental organization, based in both Geneva and the Gaza Strip, has obtained first-person testimony from several families in various locations describing their capture and use as “shields” for Israeli soldiers for hours at a time. END_OF_DOCUMENT_TOKEN_TO_BE_REPLACED